Our client had a problem impacting sales. According to market research their therapy area is viewed as less important (or at least less urgent) than some other large chronic conditions. Many potential patients remained undiagnosed, limiting the size of the market.

Reps were sharing national figures for disease prevalence, and the estimated size of the undiagnosed population. These numbers were too abstract to impact individual prescribers, who each imagined that the problem was with other doctors. How could we change HCP behavior when they didn’t see themselves as part of the problem?

Our solution was to transform the national figures into accurately modelled local area figures, showing each doctor what the situation is like in their local community. Reps were able to talk with confidence about the problem immediately around the doctor’s practice, making it much harder to ignore. 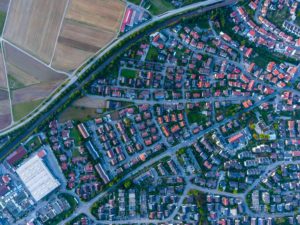 We modelled the ABS National Health Survey profile of diagnosed patients onto the Census, along with prevalence figures. This was done for each of the 55,000 small areas of about 400 people each that Census data is available for, allowing calculation of undiagnosed patients in each.

This localised data can be aggregated into suburbs, bricks, postcodes, territories, PHNs and electorates, etc. Different conversations with different stakeholders become more relevant to each and more impactful as a result.